Recipient of the Robert Guthrie Award 2018

Dr. Barry Wolf studied medicine and received a doctorate in Biochemistry at the University of Illinois College of Medicine in Chicago, Illinois. He specialised in Paediatrics and Medical Genetics and worked in hospitals and medical schools in Richmond, VA, Hartford, CT, Detroit, MI, and Chicago, IL. Besides his clinical work he has been a professor at these institutions and is currently a Professor of Genetics and Paediatrics at Lurie Children’s Hospital and Feinberg School of Medicine at Northwestern University, Chicago (IL).

During his career he has been the recipient of a multiple honours and awards, including the Mead Johnson Award for Paediatric Research and the Borden Award in Nutrition for the American Institute of Nutrition. Dr Wolf is member of a long list of professional societies and (co-)author of more than 250 publications and book chapters.

Dr. Wolf is the “founding father” and the pioneer in the development of analytical methods, follow-up procedures and the treatment for babies identified with biotinidase deficiency along with their applications to newborn screening program worldwide. 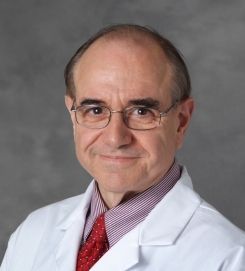