Recipient of the Jean Dussault Medal 2007

Dr.Zoltan Lukacs, born in Hungary (1972), received his scientific training in Germany, mainly at the intersection of inorganic, organic and analytical chemistry. He received his Ph.D. degree at the University ofWürzburg (2000). He was appointed head of the neonatal screening and metabolic laboratory in the paediatric department of the Hamburg University Hospital. For additional training he spent some time in 2004 working with Genzyme (Boston, USA) and at Duke University (Durham, USA). Dr.Lukacs has been working on the application of Luminex technology in neonatal screening and subsequently shifted his attention to the study of lysosomal storage diseases.Since 2003 he has made available a quality assurance programme for amino acids and acylcarnitines via ms/ms with world wide participation. In addition, he has been successful in setting up links with a large number of screening centers in developing countries. Dr.Lukacs is the (co-)author of around 40 publications and has given many oral presentations.During his education he received already a number of awards, such as the Würzburg University Faculty prize for his Ph.D.Thesis.

On May 4, 2010 Dr.Lukacs received the award from Mr.Jeff Seidell (Bio-Rad inc.), in the presence of ISNS President Dr. Ken Pass.

As a result of Covid-19 infection Dr Lukacs passed away on August 13, 2020. He will be deeply missed by the newborn screening community worldwide. 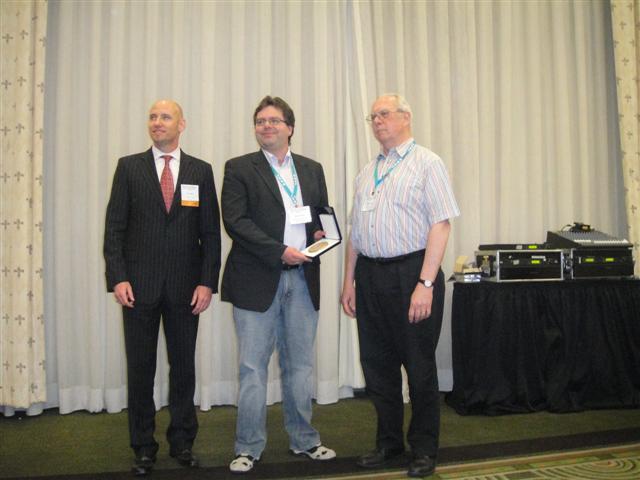