The Robert Guthrie Award is given annually to honour a member of the International Society for Neonatal Screening who has made an outstanding contribution to newborn or other population-based screening which is recognized as such world-wide. The award includes a cash prize of USD 5,000 donated by PerkinElmer.
The recipient may opt to receive the prize money in the form of a travel award to one of the ISNS-sponsored neonatal screening conferences or to have it used in one of the ISNS-sponsored neonatal screening development projects.

Nomination for the Award
Nomination for the Robert Guthrie Award may be made by any active member of the International Society for Neonatal Screening (ISNS) and must be seconded by at least two other active members of the ISNS. The nomination must be accompanied by a statement of 100-200 words which describes the nature of the contribution. The statement may be accompanied by supporting information such as copies of publications, curriculum vitae or other documentation of the contribution, This information together with a letter from the nominator and at least two seconding letters from Society members, must be sent to the President of ISNS. A member may not nominate or second more than one nominee for the Award each year. The President, Vice-President, Secretary and Treasurer are not eligible for the Award.

Voting for the Award
A list of nominees together with copies of the supporting information for each nominee will be circulated to all members of the ISNS Executive Council, and others who may be appointed by the President if deemed necessary and appropriate by the Council. Each of the members above will be able to cast a vote for one nominee for the Award in any one year. However, an eligible member of Council who is nominated for an award will not be able to vote. The method for voting will be by ballot as determined by the President in consultation with the other office holders, and the votes will be auditable by the Secretary of the ISNS. The recipient of the Award must receive more than 50% of the votes cast. If no single nominee receives more than 50%, balloting will be repeated between the two nominees receiving the most votes. In the event of a tie, the President shall cast a second vote to select the recipient. The voting committee may elect not to present an award if no nominations for outstanding contribution are received or if those received are deemed unworthy. On the other hand the voting committee may conclude to honour more than one nomination in one year. 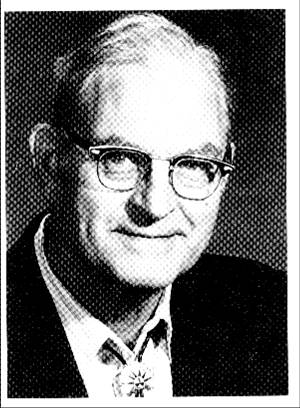