Recipient of the Robert Guthrie Award 2012

Dr. Masaru Fukushi began his newborn screening career in 1977 as a researcher in the Biochemistry Subsection, Sapporo City Institute of Public Health, and was one of the primary leaders in developing and establishing newborn screening system in Sapporo City. In 1990 he became Chief of the Biochemistry Subsection. It was in this position that he initiated the annual International Training Course for Neonatal Screening for persons from developing countries with funding support from the Japan International Cooperation Agency (JICA) in 1991. This work has contributed greatly to the establishment of newborn screening in countries around the world.

Dr. Fukushi has long been active in the Japanese Society for Neonatal Screening where he has served for some time as a member of the Board of Directors and is Chairman of the Technical Committee. He is also a member of many professional societies. Dr. Fukushi was a founding member of the International Society for Neonatal Screening (ISNS) and has been active in all ISNS Asia-Pacific Regional meetings.

On May 8, 2013, Dr. Fukushi received the Guthrie Award plaque during the 8th ISNS Internatonal meeting in Atlanta, GA, USA, from Darren Hudach and Marika Kase (PerkinElmer). 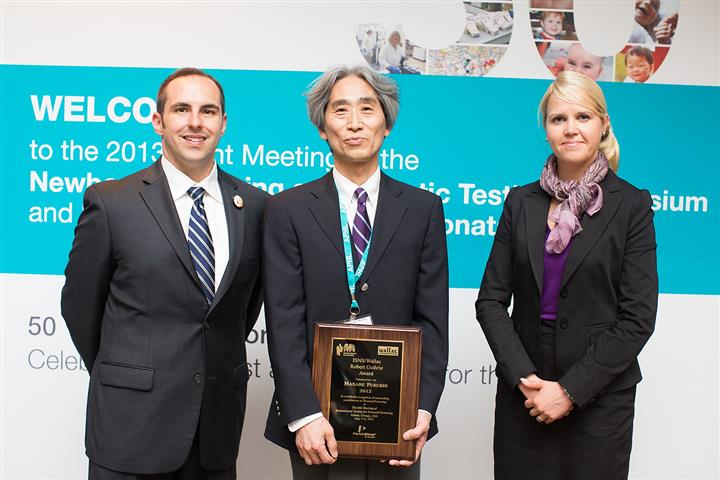