Recipient of the Robert Guthrie Award 2000

Bradford Therrell, Jr., Ph.D. is the director of the National Newborn Screening and Genetics Resource Center (NNSGRC) and a professor in the Department of Pediatrics at the University of Texas Health Science Center at San Antonio. Prior to assuming the directorship of the NNSGRC, Dr. Therrell worked for the Texas Department of Health Bureau of Laboratories. There he was director of the Chemical Services Division, with management responsibilities for newborn screening and other biochemical screening programs for over 20 years. Dr. Therrell was one of the founding members of the International Society for Neonatal Screening serving as its first Secretary-Treasurer and later as President. He has been actively involved in providing reviews and expert advice to newborn screening programs in the U.S. as part of the activities of the Health Resources and Services Administration and in developing countries as part of the activities of the International Atomic Energy Agency.

Brad earned a bachelor’s degree in chemistry from Mississippi College, and master’s and doctorate degrees in inorganic chemistry from Florida State University. In 1997, he was granted an honorary M.D. by Kunming Medical College, in Kunming, China, for his outstanding contributions to improving pediatric health outcomes through newborn screening. He has edited or co-edited four books and six book chapters, six monographs, and over 120 scientific articles in the areas of public health policy, computerization, automation, chemistry, microbiology, endocrinology, hematology, and newborn screening. 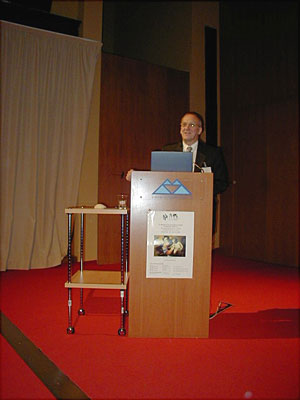 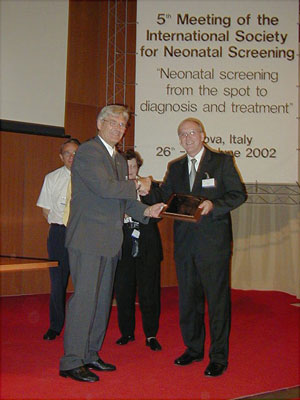 On September 13, 2016, Brad was elected ISNS Honorary Member in view of his large contributions to the Society.