Recipient of the Jean Dussault Medal 2011

From 2001 onwards, she has become more and more involved in neonatal screening, acting within and overseeing the Biochemistry and Genetic Branch of the Texas Department of State Health Services, Austin, Texas. In 2011, she became Director of the Laboratory Operations Unit, which oversees all testing performed in the state public health laboratory.

Susan was the recipient of two major grants financing the development of evidence-based performance measures in the pre-analytical and post-analytical phases of neonatal screening and other laboratory tests. She chaired the planning committee for the APHL-NBSGT meeting, held inSan Antonio in 2008, co-chaired or chaired the APHL Newborn Screening and Genetics in Public Health Committee since 2010, and co-chaired the Newborn Screening Workgroup for the MountainStates Genetics Regional Collaborative Center since 2009. 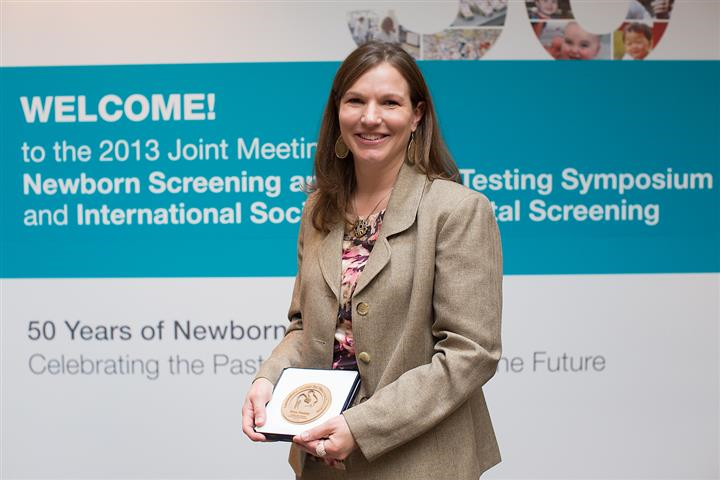